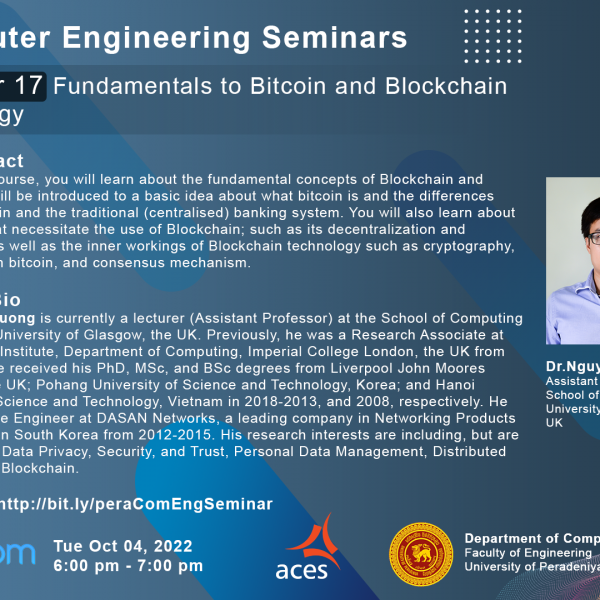 In this short course, you will learn about the fundamental concepts of Blockchain and Bitcoin. You will be introduced to a basic idea about what bitcoin is and the differences between bitcoin and the traditional (centralised) banking system. You will also learn about the factors that necessitate the use of Blockchain; such as its decentralization and distribution, as well as the inner workings of Blockchain technology such as cryptography, transactions in bitcoin, and consensus mechanism.

Dr.Nguyen Truong is currently a lecturer (Assistant Professor) at the School of Computing Science, the University of Glasgow, the UK. Previously, he was a Research Associate at Data Science Institute, Department of Computing, Imperial College London, the UK from 2018-2022. He received his PhD, MSc, and BSc degrees from Liverpool John Moores University, the UK; Pohang University of Science and Technology, Korea; and Hanoi University of Science and Technology, Vietnam in 2018-2013, and 2008, respectively. He was a Software Engineer at DASAN Networks, a leading company in Networking Products and Services in South Korea from 2012-2015. His research interests are including, but are not limited to, Data Privacy, Security, and Trust, Personal Data Management, Distributed Systems, and Blockchain. 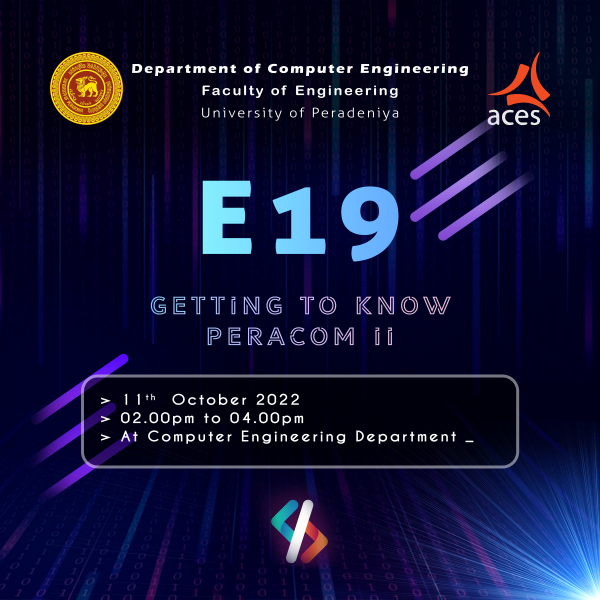 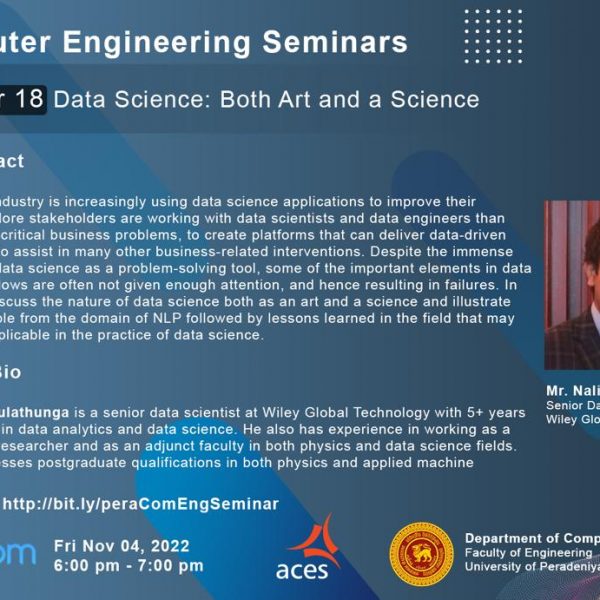