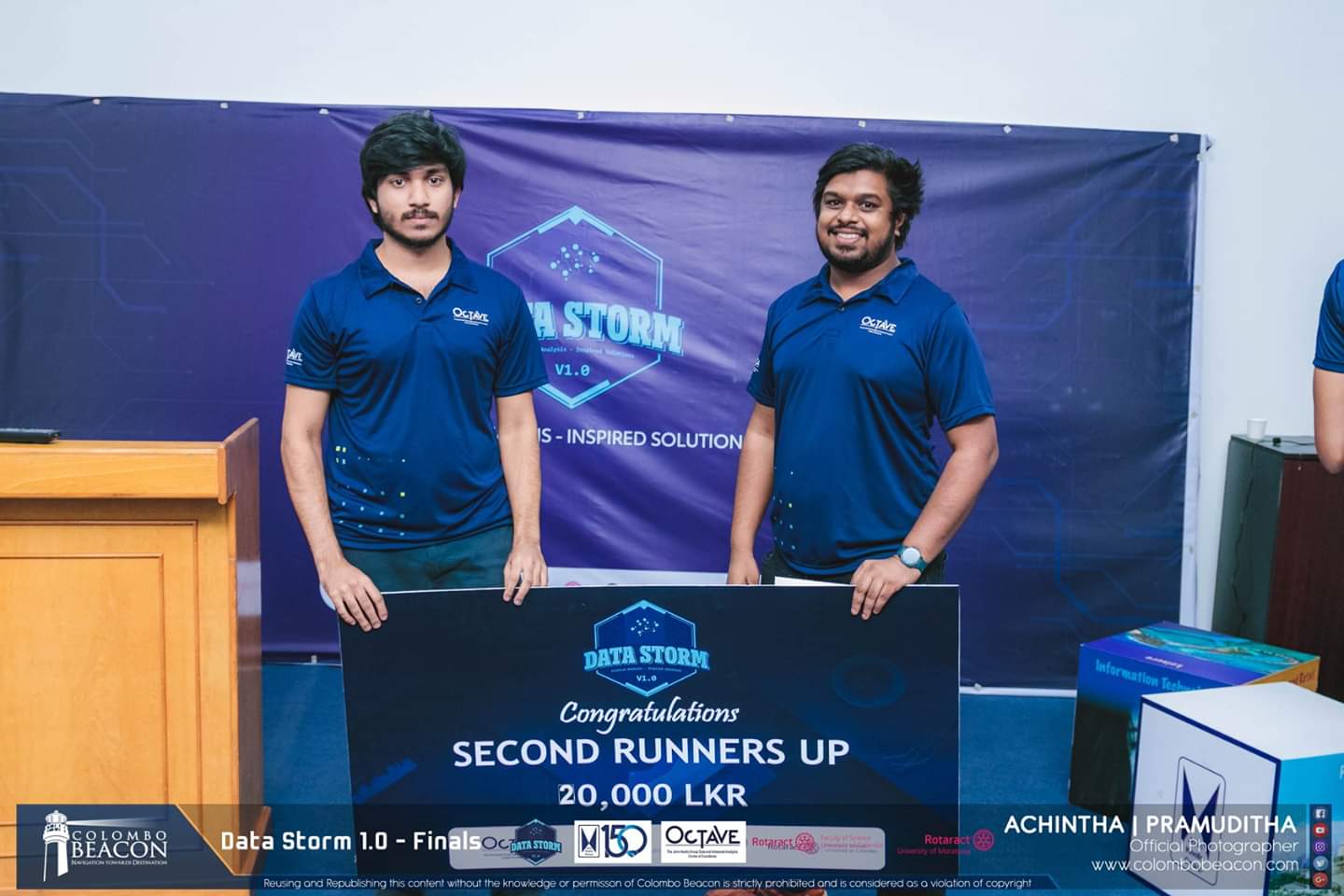 The team Data Crunchers, a  group of students from the Department of Computer Engineering was able to emerge as the 2nd runners up at Data Storm v1.0 which was organized by the Rotaract clubs of University of Moratuwa and University of  Colombo and held on the 29th of February 2020 at the John Keells Holdings Auditorium. The team consisted of Imesh Ekanayake(E15), Heshan Dissanayake (E16) and Hiruna Samarakoon(E14). 21 teams have been filtered out from an initial selection round where 103 teams competed in an online kaggle platform. The teams were selected to the final round based on the performance on the kaggle platform and a detailed report submitted on their techniques.

At the final round, the participants have been given a task of predicting churning customers of keels supermarket chains. The team DataCrunches has been able to achieve a training accuracy of 88% and testing accuracy of 83% by combining different techniques with an ensemble method.

Team Testing 123 consisting of Chamara Gunarathne, Shehan Perera and Prabhath Bandara has also been qualified for the final round of the same competition.

The department congratulates both the teams on this achievements. 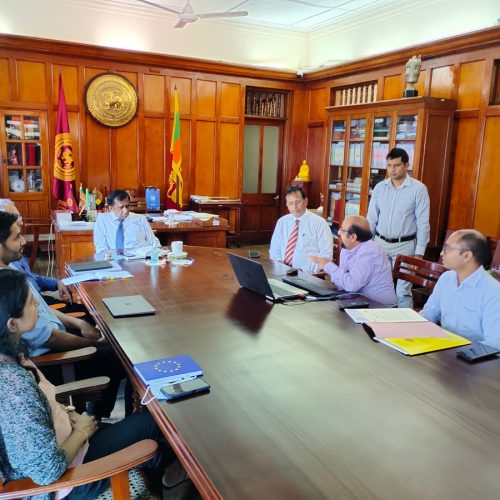 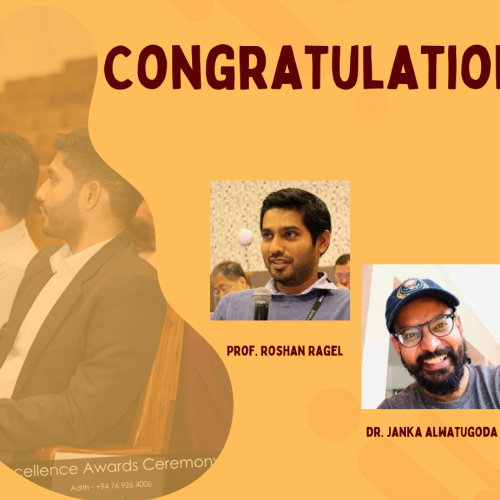